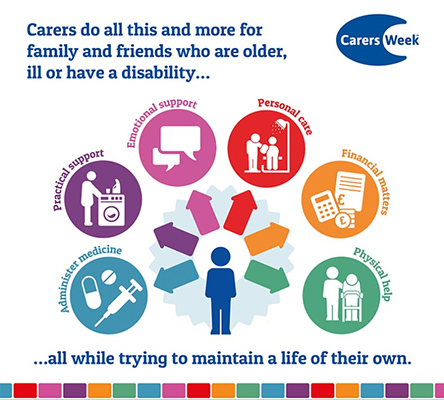 This week is Carers Week, when we join Carers Scotland, Carers UK and many other Carers groups and associations throughout the country to raise awareness about the challenges faced by unpaid carers and how we can support those with caring responsibilities. You can check out the huge number of Carers Week events taking place or make a Carers Week pledge on their website, www.carersweek.org. Some organisations have even included Carer Positive goals in their pledges!

Centrica/ Scottish Gas. who have been a long time supporter of Carers UK and hold a Carer Positive Exemplary level award, created this special film for Carers Week. This film will show before the feature in cinemas during the week, as well as being promoted online.

We were thrilled to kick off the week by awarding Glasgow City Council with our highest level, Exemplary, award. We are always so pleased to see organisations go above and beyond to support their staff with caring responsibilities. 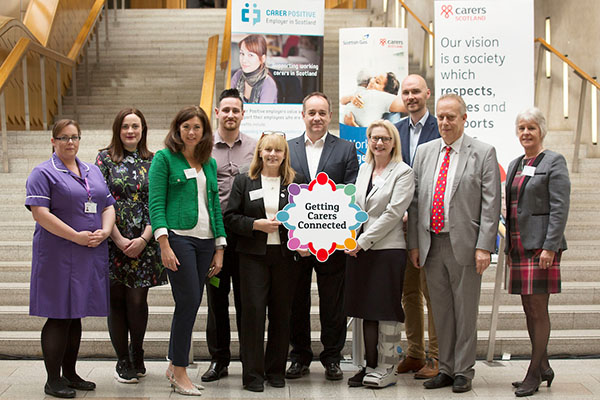 We had our big Carers Week event with Carers Scotland at the Scottish Parliament on Tuesday. The event was supported by Tom Arthur MSP and Steve Crabb from Centrica, Clare Haughey MSP and Carers UK's Chief Executive, Helen Walker gave inspiring speeches. Clare also did us the honour of presenting some Carer Positive awards on the night to Carr Gomm and Standard Life Assurance (Phoenix Group), who received Engaged level awards, and to Tom Arthur MSP, Scottish Power and Scottish Parliament, who all received Established awards. Congratulations everyone! 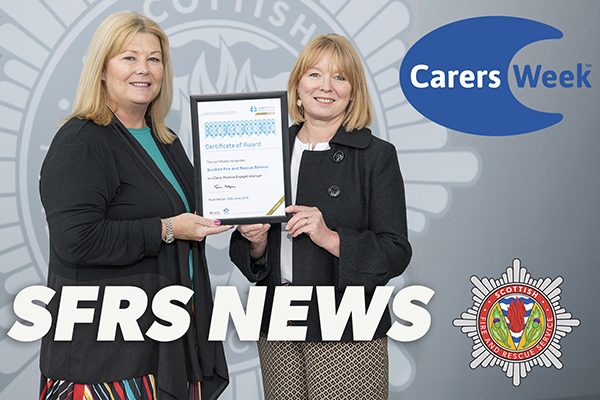 On Wednesday afternoon, we were back in action, presenting an Engaged award to Scottish Fire and Rescue. It is always so exciting for us to see how different types of companies and organisations can take measures to support the carers in their workforce. 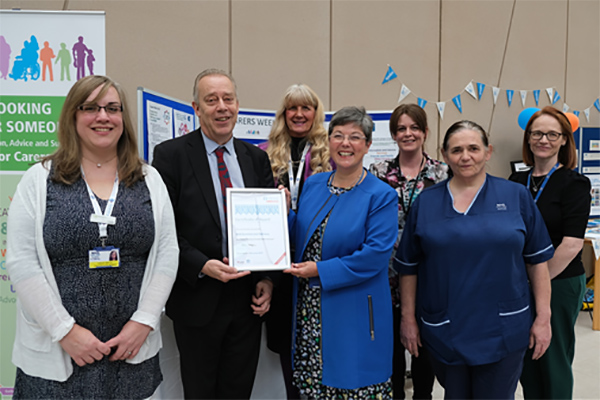 Another busy day on Thursday when Simon travelled down to Dumfries to present NHS Dumfries and Galloway with an Established level award while Sue made an Engaged award to Willie Coffey MSP. 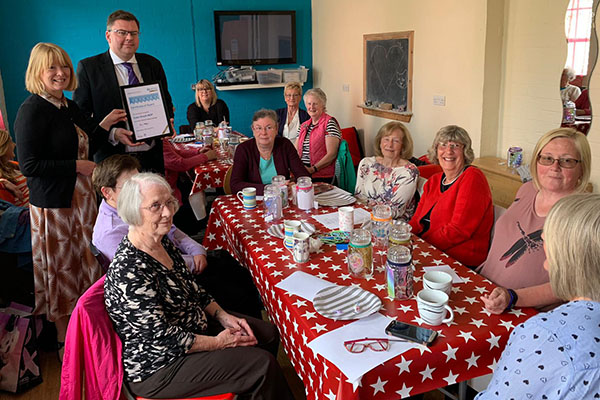 Finally, Sue travelled down to Dumfries and Galloway Carers Centre this afternoon to spend some time talking to the carers there, as well as to present an Established award to Colin Smyth MSP. Well done to you Colin, and everyone who received Carer Positive awards this week!

Check out past and upcoming events right here