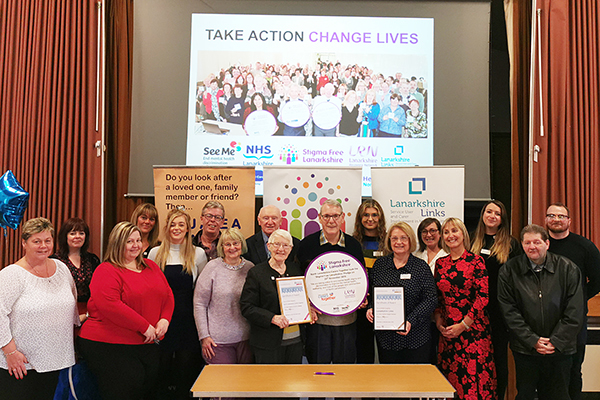 Carer Positive have had another busy year in 2019 and we are proud to say that we now have 183 Employers who are Carer Positive, meaning that 422,279 employees are now officially benefitting from carer supportive workplaces. 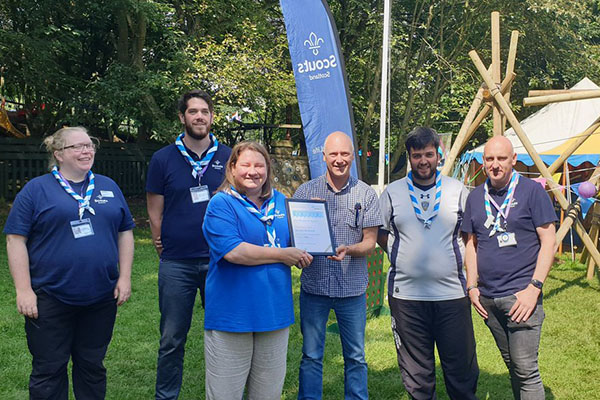 This year, we have presented awards to organisations of all kinds of size and sector and were so pleased every time to see the hard work and consideration people were giving to create positive environments for staff with caring responsibilities. Every organisation is different so it is always exciting to see the sometimes very creative solutions that each organisation comes up with to support their staff. We hope to be able to utilise these experiences more often in the New Year by creating extra opportunities for peer support among our Creative Positive family. 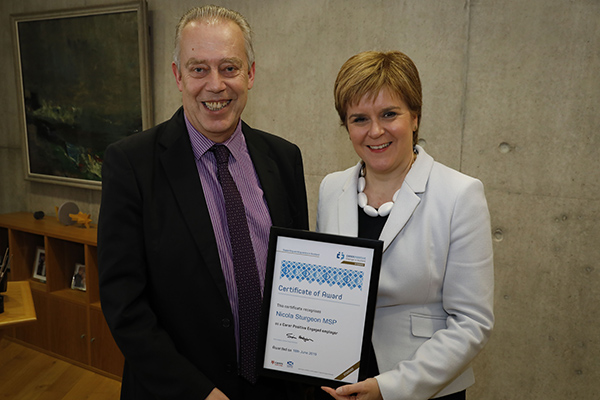 We had a large number of Members of the Scottish Parliament join the scheme this year, including the First Minister, Nicola Sturgeon MSP. Although each MSP will only employ a few people in each of their offices, we feel that having them as Carer Positive Employers sets a great example, showing that even smaller employers have the ability to support carers in the workplace. We also hope that these MSPs will be active in promoting the scheme in their individual constituencies. 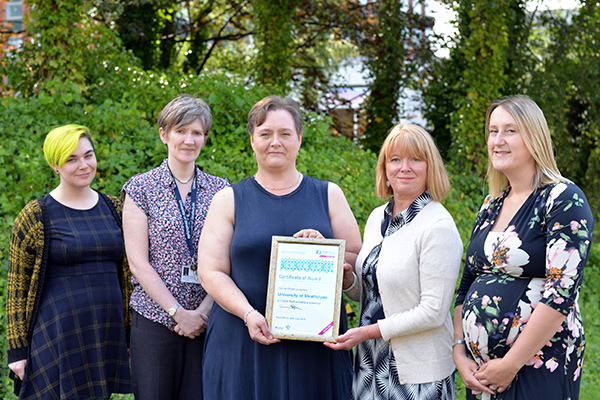 As well as new organisations joining the scheme, many of those who were already accredited progressed to the higher levels of the award, including several newly Exemplary employers. One of these included the University of Strathclyde, which was our first Exemplary learning establishment, and later went on to be named the Scottish University of the Year in the Sunday Times Good University Guide! 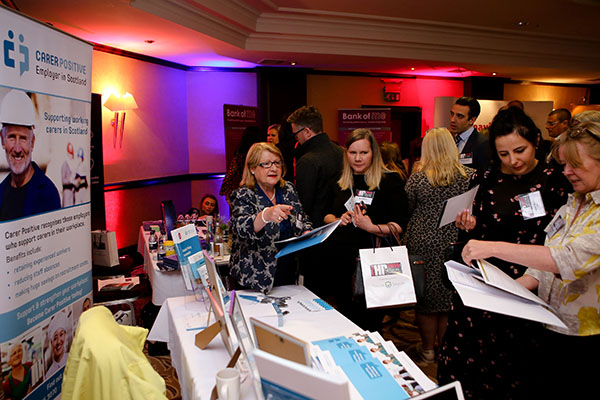 As well as handing out awards, we were also involved in several events over the course of the year. As part of Carers Scotland, we attended their annual Carers Parliament, Carers Summit and Carers Week events where we got to hear first hand from those affected by life with caring responsibilities. We had tables at networking events such as he HR Network Conference and the WDCVS event in Clydebank, and Sue was invited to speak about the scheme at conferences and events across the country. 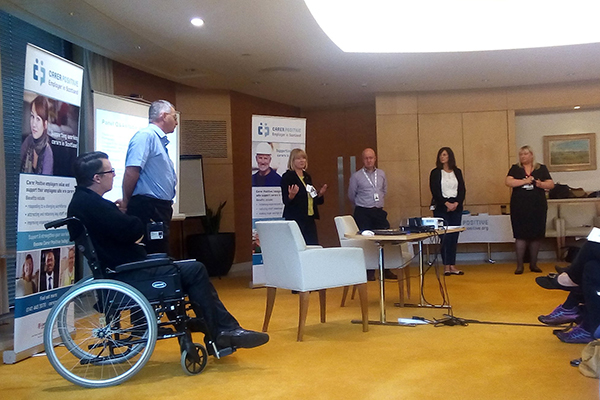 We also held our own event in conjunction with the Fair Work Convention at the RBS headquarters in Gogarburn. Attended by a mixture of organisations interested in the scheme and others who were already accredited, we felt this went very well and were pleased to see the dialog and sharing of ideas that it generated. Following the success of Gogarburn, we are looking forward to holding these kinds of events more regularly throughout the New Year, as well as having many more ideas to promote the Carer Positive scheme and improve the lives of working carers. 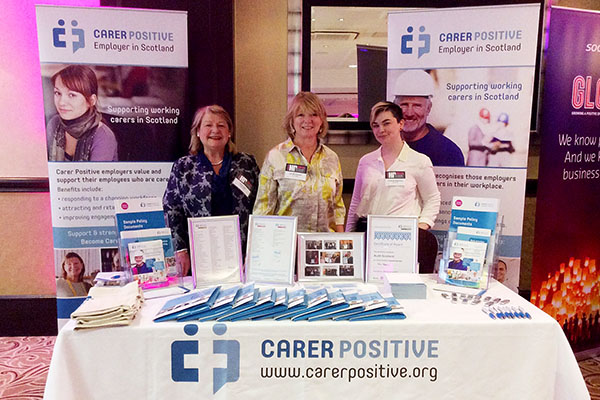 Overall, this has been a great year for Carer Positive and we are looking forward to gathering even more momentum in 2020. Our office is closed over Christmas and New Year, however keep an eye out for us popping up again in January as we already have a few exciting announcements lined up.

Check out past and upcoming events right here